In this In-depth Article, I will show you the Top MLM Earner in India.

Many Associate of Different different company wants to know, who is the top earner in network marketing in India.

The Multi-level marketing industry in India faces several up and down from Sarada and Rose Valley Scam.

By the way, from these Up and Down, Industry successfully working India. Indian Government released Direct Selling Guidelines to Monitor and analyze this company Business.

So, Now, Come to our topic of Top MLM Earner in India by quick lookup.

Disclaimer: This post is based on internet research which may have some inconsistencies. We did not verify the Income Amount of this 10 highest earner in network marketing in India, which displays on this Post.

Disclosure: We did our best to create a Top MLM Earner List Post. We are not giving any specific ranking to the leaders and the mentioned leaders are the top earners from their respective organizations and top earners in network marketing in India.

Sonu Sharma is the Founder of Dynamic India Group, an MLM Leader of Naswiz Retailer. He is a Top Earner in Naswiz. In 2019, Sonu Sharma changes his company into Vestige Marketing.

Sonu Sharma has more than 2 million subscribers on his youtube channel. He shares his Motivational and Training seminar video on his Channel. Before he left Naswiz and Joined Vestige, Sonu Sharma was the identity of Naswiz Retailer till 2019.

Sonu Sharma says, he left Naswiz for an internal Problem in the company. Sonu Sharma says in an interview with Mahatmaji Technical, Vestige offers him 200 Correr to join in 2019.

For the huge popularity of Sonu Sharma in Naswiz, Many People join Vestige who were become associates of Naswiz.

Siddharth Singh started his network marketing career with his mother at the age of 21 in 1991. He failed to take a job and start his own audio cassette business before joining the Direct Selling industry.

For the financial crisis, Multi-level Marketing was the only option to recover from the Crisis Situation.

Siddharth Singh tried his best and in one year he got the result of hard work.

Siddharth Singh and Goutam Bali who is the founder of Nyastata, started Vestige Marketing Private Limited in 2004.

Once a video on Youtube, Siddharth Singh has rewarded a check of 1.68 Crore from the director. He is the Highest Earing director of the Vestige.

Dr. Surekha Bhargava is the highest MLM and most popular Leader of Modicare Limited. Her Education Qualification is MPhil and Ph.D. After completing her traditional education, she married Dr. Arun Bhargava.

In 1999, Dr. Surekha joined MLM company, Modicare Limited. Besides her House Work, she started her Networking Business to live the Dreamlife.

After actively working on network marketing, he began to climb the ladder of success.

In 2005, when her husband was paralyzed due to cerebral hemorrhage, her passive income from the downline helped a lot.

At a Modicare seminar in 2013, Dr. Surekha Bhargava handed over a check for Rs 60 lakh from the company. Sulekha Bhargav Kalam has also written a book called Sir KALAM SIR KE SUCCESS-PATH.

She is not only Highest Earnerin Modicare Limited, but also, she is called MLM Guru Ma in Modicare.

She dreamed of a prosperous life and later achieved her dream by joining the MLM industry in the late 90s. Now she is one of the very close leaders of Samir Modi, the founder of Modicare Limited.

Now, come to the next Earner, is Surya Sinha. He is the top-earning MLM Leader in Forever Living Products.

Surya Sinha joined MLM Business around the year 2012 and within a few years of joining he become the top leader of Forever Living Products India.

He overtakes other leaders who were working on the same plan for more than a decade.

Surya Sinha is a human  Personality Coach, writer, and MLM Leader. Surya Sinha has published 15+ books and a few of them are on Network Marketing.

At the beginning of his career, he was working in the film industry in Mumbai. But due to some reason he faced a crisis and have to left his work.

He actively spends charity as well.

SP Bharill is a Motivational Speaker and one of the highest MLM Earner and leaders of Vestige.

SP Bharill is one of the Good MLM Leaders, a Personality Trainer, and a person who believe in Spirituality. Also, he is the author of a book, 18 Chapters.

Deepak Bajaj is a Motivation Speaker, Life coach, and also be MBA Graduated. He is standing in the top MLM earner in Mi Lifestyle Marketing Private Limited.

First, He was working in a Top listed Multi-national company. Then he left his job and start his journey in Network Marketing Industry full time. He spends 11 years in this industry.

According to our research, Deepak Bajaj net worth is approx 7 to 10 Lakh + per month.

According to his experience, he writes a book, “Be a Network Marketing Millionaire” and published it in 2018.

He runs a Youtube Channel with 5 lakh+ Subscribers and he is also featured in “Josh Talk“ in 2020.

He completed his education degree B.ed and MA. He a get Private School job in just 500 INR salary. Then started a cable operator business in 1996. In 2001, He views an RCM Plan with the help of his Friend and joined it.

Surendra Vats achieved a Diamond Pin in RCM, he is known as Real Diamond in his company.

Surendra Vats trained Thousand of Thousands of People in his Journey and he becomes a Millionaire.

In addition, he starts a Youtube Chanel, named “Chat With Surendra Vats” where he interviews many successful people and conversations about their Sucess Journey.

Biswanath Bhowmik is the Dynamic and Top High Earning leader of Smart Value.

In the early days, He is the manager of the National Bank with a Good Salary, Promotion, and Normal Life. He realizes, How is Normal Life.

Can I Improve it? Then he comes in Smart Value.

He realizes, What Happen in the Future? How much difficult?

He joins Smart Value in a difficult situation. But he did not give up Because, He knows, Who can realize the difficulty and cross this Difficulty, he will succeed in Life.

He left his job and go with Smart Value Products and Services Limited.

Now, His life is totally Different from a Bank Manager to Network Marketing Millionaire.

In 2021, He and His family enjoying a Rich class life with the Help Smart Value.

Nowadays, Bikash Ghosh and Biswajit Ghosh are the Top Earners in this company after their struggle Period in their Journey.

They belong to a poor middle-class family whose father driven Riksha on the road of Dum Dum. But, now they are the Millionaire from this company with their lots of hard work and passion.

In the first 4-5 years, they have not achieved any Rewards and Recognition. But, they do not give up, they continually work in smart value with lots of Passion, Vision, and Hardwork. Because, they know, How Powerful is Compounding Science.

After 5 Years, they got their first Pin, “Super Smart” from the Company. When they got the first Pin, then their whole life is changed. Their Team grows very fast like an Explosion of Bombs.

In 2018, they achieved the “Diamond” pin in few Years. Which is the eye-catching pin in the whole Industry.

Now, In 2021, they are the Top Leader in Smart Value. And also listed their name in the ‘top earner in network marketing in India‘ list.

A Real Story of Poor to Rich.

Also check it out:

Harshvardhan Jain is a Successful Great MLM Leader in India. He is a well-known Trainer, speaker, Motivational Speaker, Thinker, Leader.

He is in working in Mi Lifestyle Marketing Private Limited and become the top earner in this company.

He is a backbencher type person in his college Life. In college life, he joins an American Network Marketing Company in 2000. But, he left this company due to the loss of the Company in India. And company shut down their Business in 2005.

Then, Harshvardhan Jain again Join Mi Lifestyle Marketing Private Limited. He continuously works there with Patience and Passion. He says in “Chat With Sunder Vat”, He always respects his Upline and listens, What his Senior says.

Today, Harshvardan Jain is the top highest earner in his company, as well as Network Marketing Industry.

In addition, He has 1.4 Million+ subscribers on his Youtube Channel.

Who is the top MLM earner in india?

What are the Top 10 Network Marketing Companies in India?

Is Network Marketing or MLM legal in India?

How do I become a millionaire network marketing?

To Become a Millionaire From Network Marketing, First, you need to choose a good company. Then, you have to strictly follow the guideline of Network Marketing and Work Consistency with your Hardwork and Smart Work and maybe, you will be Millinery, if your works value to other.

Which network marketing company has the most millionaires?

Amway has the most Millionaire in Network Marketing Industry.

I hope, this list Post on Top MLM Earner in India is helpful and knowledgeable for you. And got an authentic answer to your Query on the “Top 10 Highest Earning Network Marketer”.

What is your Favourite MLM Leader and Motivational Speaker?

Any of these Network Marketer belongs from your Company? 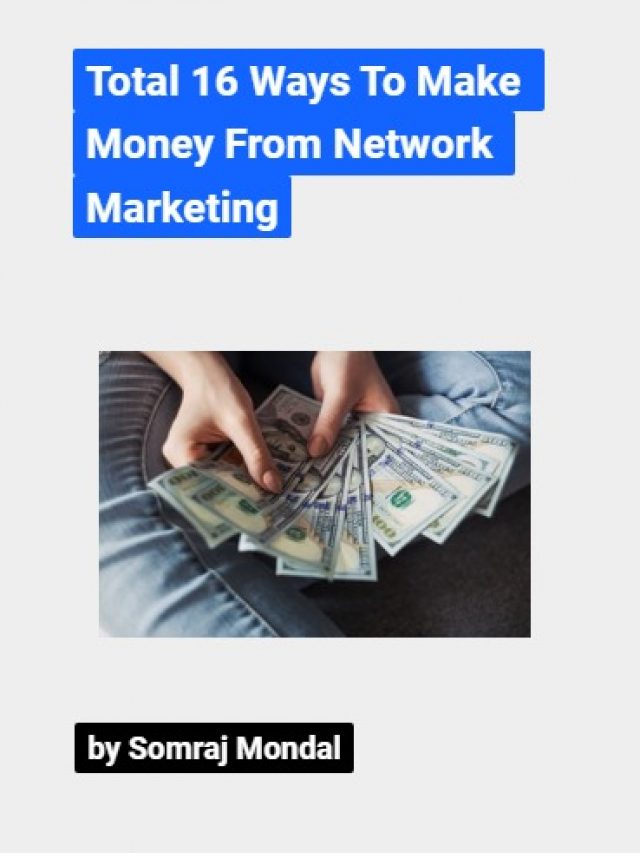 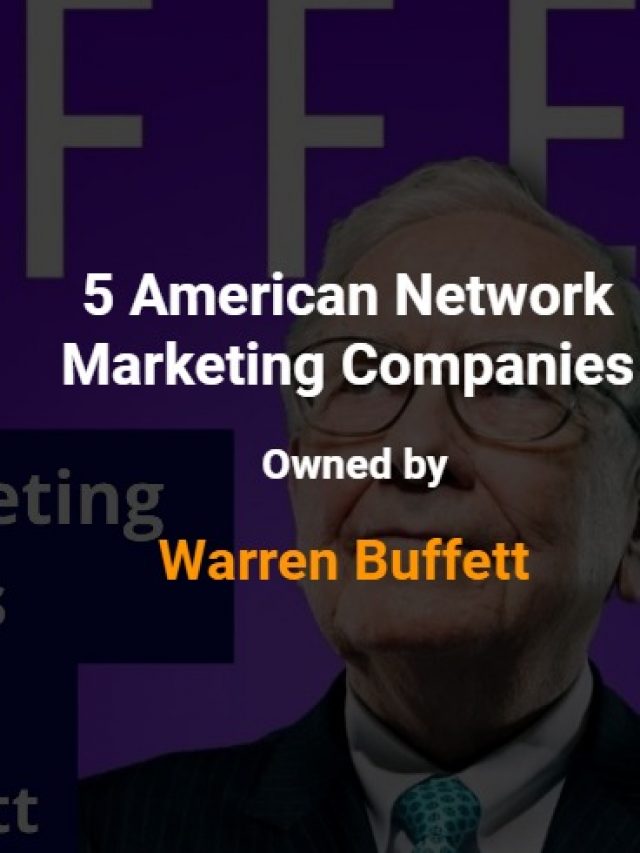 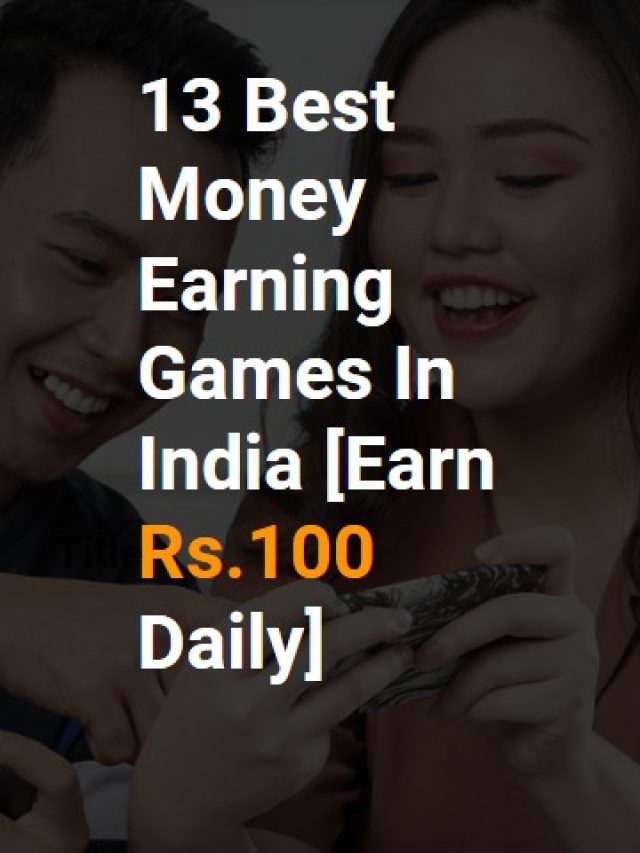